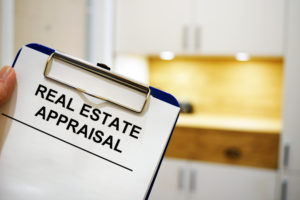 The agency’s new commercial real estate appraisals regulation passed by a vote of 2 to 1 and increased the threshold below which certified appraisals are not required to $1,000,000 from $250,000.  NCUA had last raised this limit in 2002 and banks are only required to obtain certified appraisals for “Qualified Business Loans” (i.e. commercial loans which are not dependent on rental income from the property) that are valued above $1,000,000 and for other commercial real estate loans valued above $500,000.

Director of Examination and Insurance Larry Fazio explained that NCUA had chosen not to adopt the “Qualified Business Loan” distinction used by the Office of the Comptroller of the Currency, the Federal Reserve Board and the Federal Deposit Insurance Corporation because an NCUA analysis found that credit union commercial loans had similar risk profiles whether or not repayment of the loan depended on rental income from the property.  Chairman Rodney Hood and Board Member Mark McWatters supported the final appraisals rule saying that should make credit unions more competitive with banks in commercial lending and that it did not present safety and soundness concerns given that credit union commercial loans compose less than 4 percent of federally insured credit union assets. Board Member Todd Harper voted against the final rule because it did not include the “Qualified Business Loan” distinction used by the other federal banking agencies and because inaccurate appraisals had played a significant role in the most recent recession.

The NCUA final rule on fidelity bonds passed unanimously and will require a credit union board member to sign fidelity bond policies–instead of a non-board corporate officer like a Chief Executive Officer or Chief Financial Officer–to help reduce the chances of a credit union’s fidelity bond being canceled because the credit union’s corporate signatory is involved in fraud.  The updated rule will also allow NCUA to extend fidelity bond coverage for a year after placing a credit union into liquidation so that the coverage will continue to apply even if the agency does not immediately discover problems after seizing the institution.

The NCUA Board also approved a proposed Interpretive Ruling and Policy Statement for public comment that would loosen the restrictions on what types of criminal records potentially make an individual ineligible to work for a federally insured credit union.  If finalized as proposed, the scope of the offenses potentially prohibiting a person from credit union employment would no longer include bouncing checks of moderate value, small dollar simple theft, false identification, simple drug possession or isolated minor offenses committed as a young adult.

The Board also reprogrammed $5.3 million dollars of its $304.4 million dollar operating budget and $22 million dollar Capital budget to fund a variety of initiatives including updating agency information technology systems, using savings from vacant positions to help with agency staff relocation expenses, and retaining outside counsel to assist the agency in developing new rules on subordinated debt and asset securitization.  In addition, the agency renamed its Office of Public and Congressional Affairs as the NCUA Office of External Affairs and Communications.