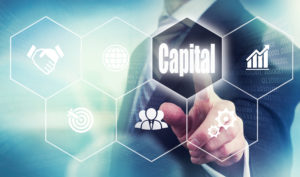 In addition, the proposal seeks comment on whether federally insured credit unions should be required to hold additional capital against securitization exposures—such as when a credit union issues and sells mortgage-backed securities—and whether NCUA should revise the Risk-Based Capital rule to include an approach similar to the Community Bank Leverage Ratio proposed by the Federal Deposit Insurance Corporation, the Federal Reserve Board and the Office of the Comptroller of the Currency. The proposed Community Bank Leverage Ratio would exempt banks from risk-based capital requirements if they have sufficiently high leverage ratios and do not have complex financial exposures.

NCUA Chairman Rodney Hood and Board Member Mark McWatters voted in favor of the proposal, with Chairman Hood saying that the agency needs a Risk-Based Capital regulation that is “effective without being excessive.” Chairman Hood also said that he hopes to finalize a new regulation giving all federally insured credit unions a subordinated debt option for Risk-Based Capital purposes by the end of the year. Currently, only low-income designated credit unions (LICUs) may issue subordinated debt instruments that qualify as regulatory capital.

Board Member Todd Harper, however, voted against the proposal. Board Member Harper said that he believes that an additional two-year delay is a “bad idea” given that the agency had originally finalized the Risk-Based Capital rule in 2015 and had previously delayed its implementation in 2018. Harper also asked NCUA staff about the potential safety and soundness impact of the delay and the differences between NCUA’s Risk-Based Capital rule and similar Basel III risk-based capital regulations issued by the other federal financial banking agencies.

The proposal will be open for comment for 30 days after it is published in the Federal Register.